In May 2019 we launched our most innovative luminaire ever – the Protecta X. Designed specifically around the latest in LED technology, the luminaire introduced several ground-breaking features guided by extensive voice of the customer feedback from the industry.

Why is there a problem with Emergency batteries?

If you ask site operators about their greatest lighting frustration, the most common answer will likely be emergency batteries! Mainly due to the operational expenses (OPEX) associated with the maintenance of emergency luminaires, which often make up around 30% of the total linears on site… That’s a lot of luminaires!

The extensive lifetimes achieved using LED luminaires are well documented, but batteries are still playing catch up and will need replacing at least every 4 years, depending on ambient. Dedicated emergency luminaires are a vital part of personnel safety on a facility, and critical in the event of an evacuation to provide the required escape illumination. Therefore, confidence in your emergency luminaire is essential. To ensure that the expected life and emergency duration is achieved, batteries need to be regularly cycled which can be a time-consuming process. Some operators require personnel to isolate power and manually time the battery duration in emergency mode, which will be upwards of 90mins.

In addition, we found that many of our customers were leaving luminaires without power until project completion, which could be up to twelve months or more. While this doesn’t cause an issue for non-emergency luminaires, battery back-up solutions can be more temperamental. Over this time, it was found that some batteries were falling into an unrecoverable deep discharge state, meaning they had to be replaced. This was obviously a frustration to customers when the battery does not meet the expected lifetime when it essentially had never been used as intended. To add to that, the time required for skilled personnel to rectify this issue can quickly add up from a cost perspective – the downtime to obtain permits, isolating power to the luminaires, opening the product and replacing the battery.

Our expert team of Design Engineers wanted to ensure that Chalmit’s next generation LED linear tackled these issues head on and incorporated several key benefits for operators.

The first was the introduction of an externally accessible, hot swappable battery stick. This meant that Protecta X batteries could be removed or replaced in under a minute without needing to isolate power or access the product geartray, minimising the maintenance downtime. Compared against conventional Zone 1 Emergency luminaires, this is a potential time saver by at least 80%! Furthermore, if there were any concerns about the luminaires being left without power on site for a long time, then this also provided users with the option to order the Emergency version without the battery stick fitted initially. The batteries could then be ordered later, a few months in advance of power-up, and consigning the risk of deep discharge to the past.

The next feature is provided by the Protecta X emergency inverter, which has built-in intelligence for automatic battery management and self-test functionality. Upon introduction of a battery stick, the inverter will perform a commissioning cycle to establish the cell capacity. After which, it will then carry out a self-test at a set interval three times a year so that they are being regularly cycled and prolonging the life of the battery. As part of this battery management feature, the luminaire will also provide quick visual guidance to users on site with the aid of a bi-colour LED. This indicator will appear as either green or red to clarify the current battery status, with the latter confirming that there could be a fault which requires attention. Not only does this take away the manual process of timing the emergency duration of a luminaire, it also avoids the risk of your batteries being depleted and ensures that escape illumination is provided when you need it most!

It’s not just about the ease of use and speed of maintenance but utilising the available technology to its optimum. Hazardous area emergency luminaires have traditionally utilised nickel cadmium (NiCd) batteries due to their established reliability in both high and low ambients. In the Protecta X, our aim was to break convention and utilise newer technology without losing any of the robust characteristics associated with nickel batteries. This led to the adoption of nickel metal hydride (NiMH) cells, which have a greater power density over the NiCd equivalent and permitted us to offer a lighter, more compact battery solution. Versus the more traditional ‘boat style’ linears with integral batteries, this meant a potential reduction in weight by up to 26% with the Protecta X.

We are all striving to minimise our carbon footprint, and operators are no different. Planning for the future is key, and this has become even more of a focus this year given the ongoing global situation.

Irrespective of the noted benefits that the emergency Protecta X can bring to you, efficiently utilising the delivered output of the range (through Lighting Design) will help reduce your overall luminaire quantities from the traditional fluorescent linears. The high efficacy LEDs used within the Protecta X allows us to greatly reduce the product power consumption by up to 50% and achieve a higher emergency output over previous Protecta models, further reducing the overall quantity of Emergencies on site. Not only does this minimise the initial CAPEX, this also aids in the reduction of OPEX with fewer battery replacements required over the life of a project.

Less luminaires directly leads to a dramatic reduction in site power consumption and a significant reduction in materials and weight. Less luminaires means fewer electrical consumables (cable glands, junction boxes, etc), fewer cable terminations (reduced installation time) and reduced loading on the distribution board. All this leads to a reduction in the Total Cost of Ownership, and aids in the pursuit of net zero. It’s a no brainer, right?

Lighting is an essential requirement, so the focus should be on utilising the technology to its optimum so that we can reap the long-term benefits on site and do our bit towards a sustainable future. 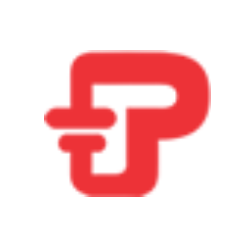